On the afternoon of the 9th March 1945, an Arado 234 flown by Ofw. Friedrich Bruchlos of 8./KG76, attempted to destroy a bridge over the Rhine at Remagen, Germany. It was hit by ground fire from 634th AAA AW Battalion, US Army, the crew being that of number 2 Gun of the First Platoon of Battery B, based at Erpel. The aircraft crashed in German-held territory and its wreck was discovered and identified by aviation historian Werner Girbig in 1975. This fragment was recovered in 2004. 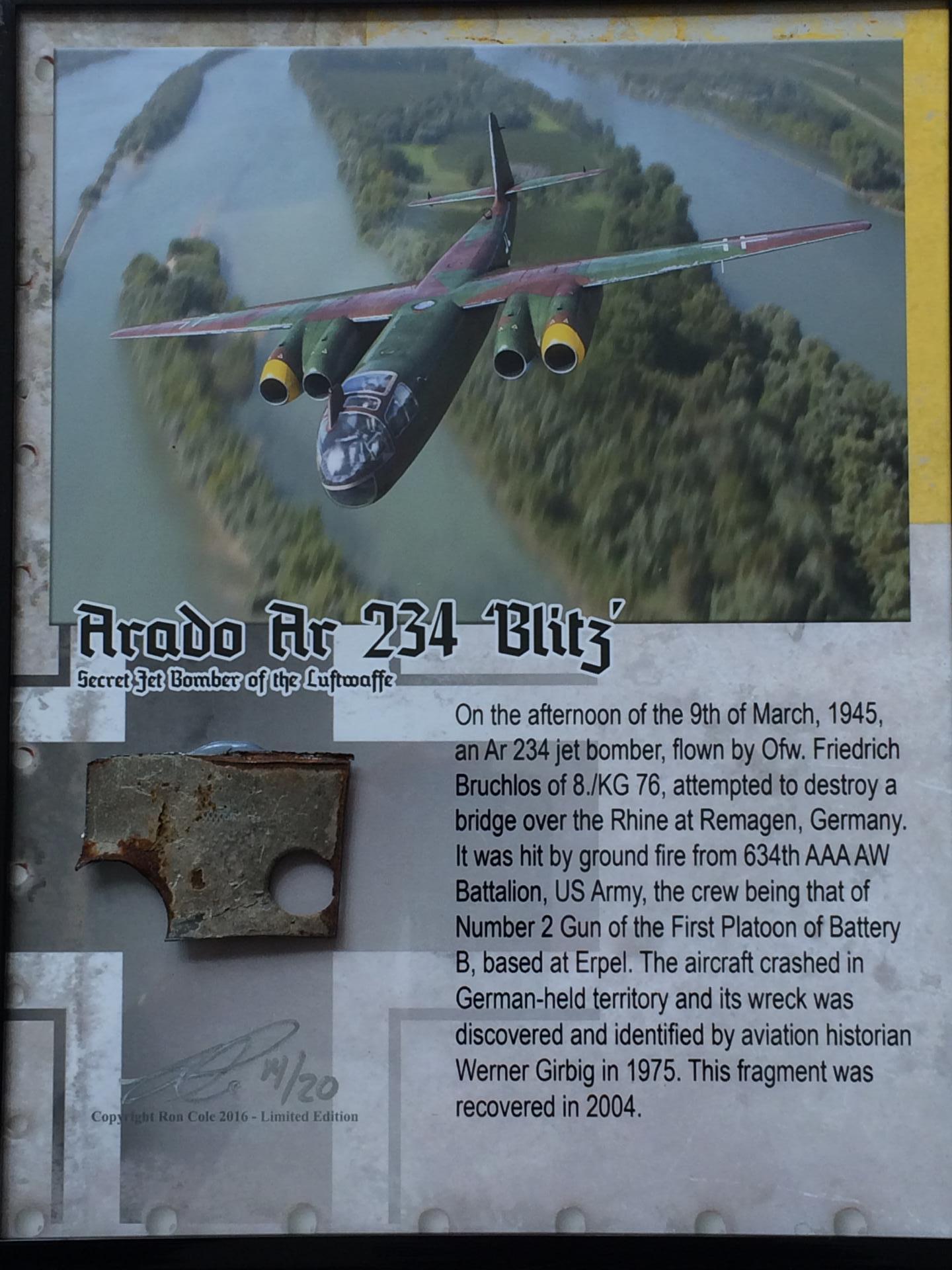 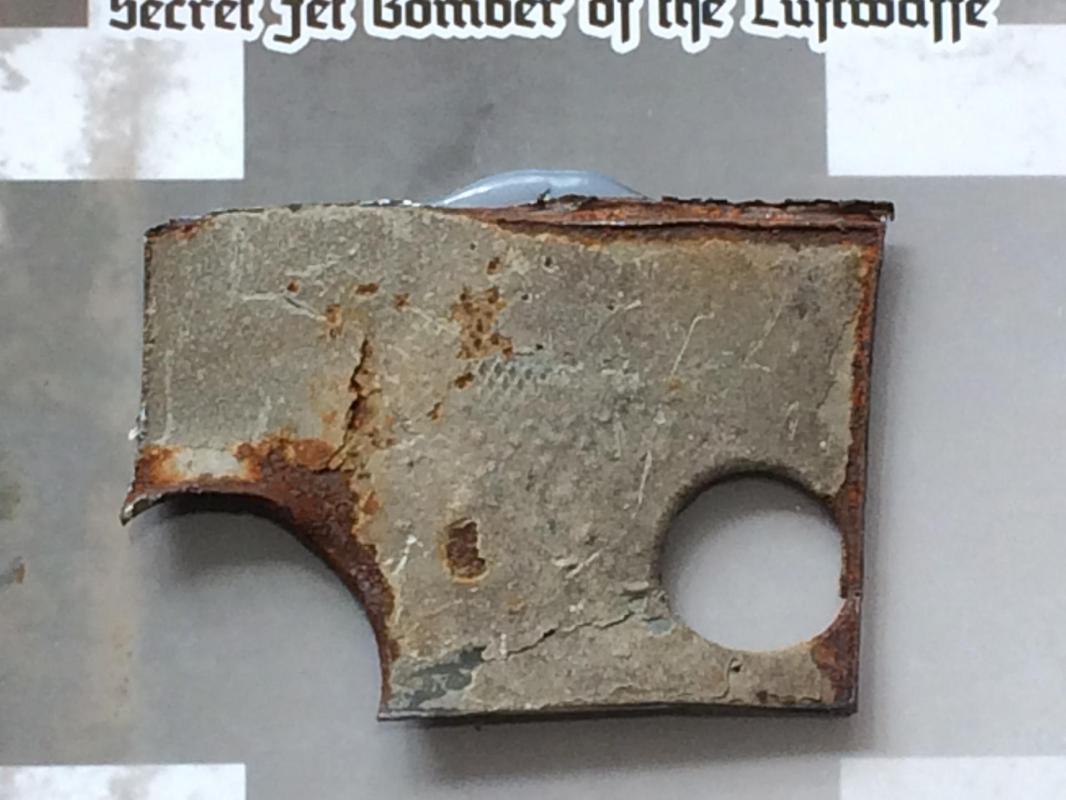