This Messerschmitt Me 109K-4 served with Jagdgeschwader 53 (likely 9./JG53) in early 1945. In early March 1945 it crashed outside of Weikersham, Germany; its pilot having bailed out prior to the impact. In June 2015 its remains were partially excavated, and its markings and unit affiliation determined based upon the wreckage. The fragment at left is exterior aluminium skin from this aircraft's lower port wing. 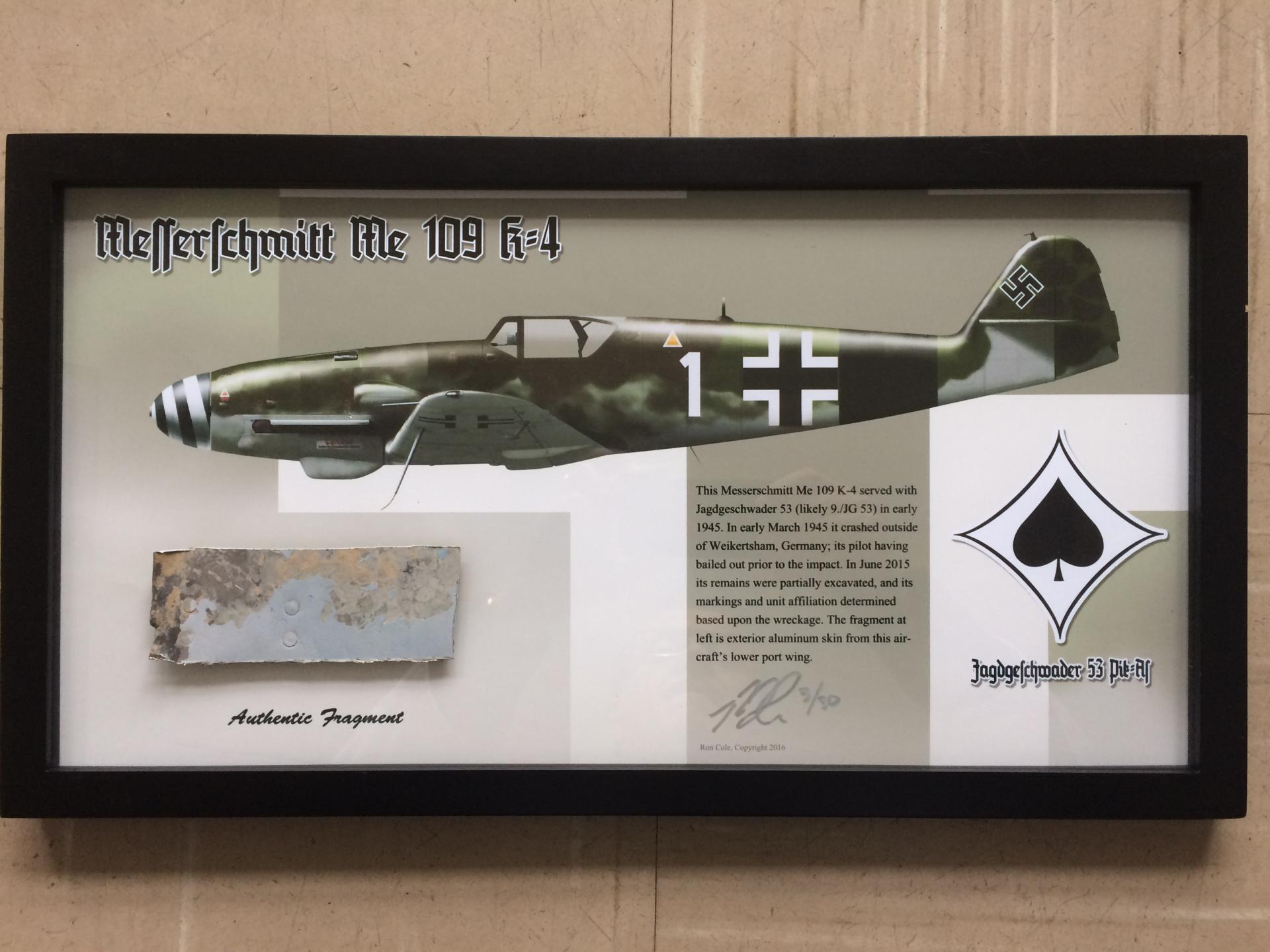 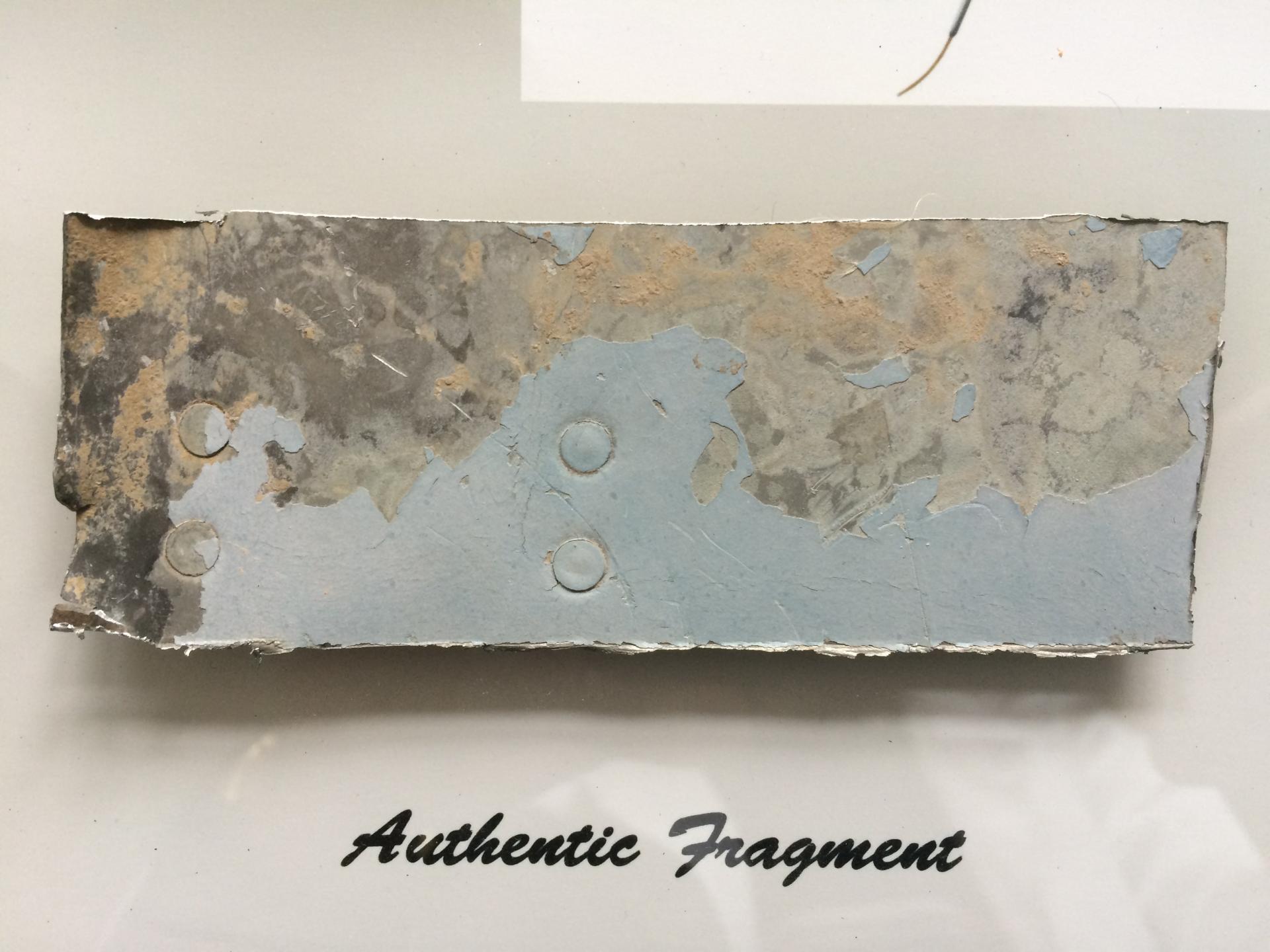