The Messerschmitt Bf 109F-4 Trop was produced for use in the the North African Campaign during the first half of 1942, where this machine was flown by Jagdgeshwader 27 in combat. This particular aircraft survived North Africa and was ultimately lost in combat over Latvia, probably while serving with Jagdgeshwader 54 in 1945. It's remains were excavated in 2011. 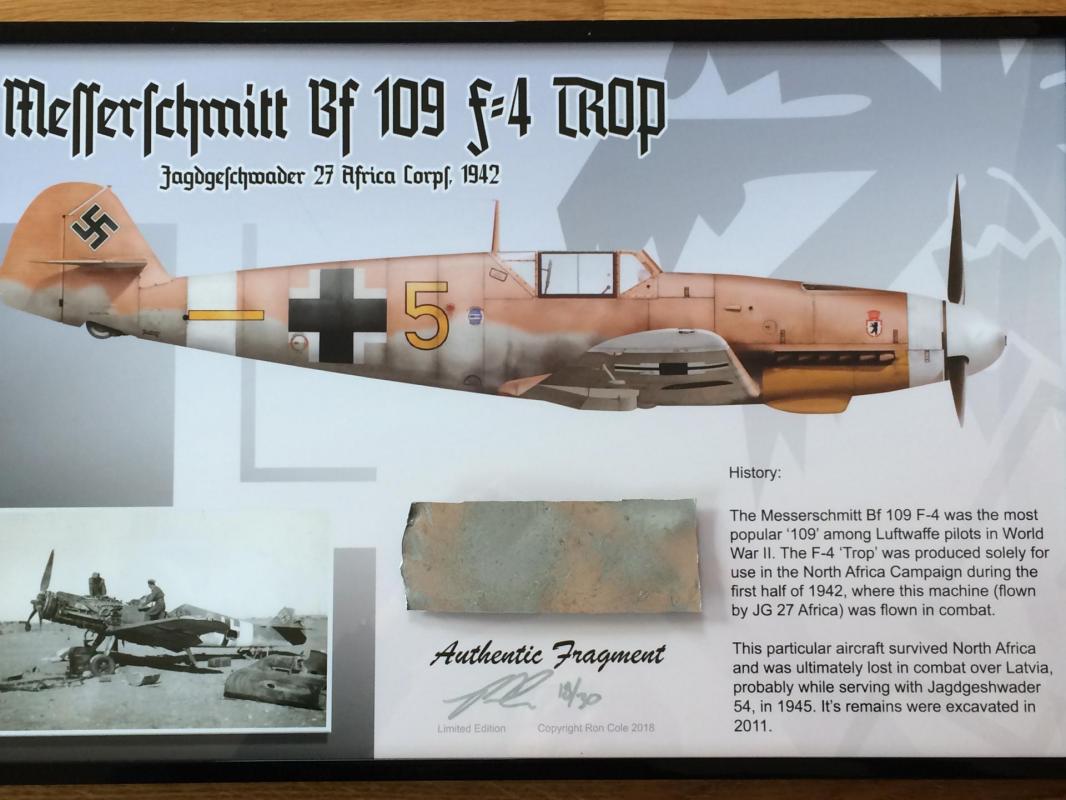 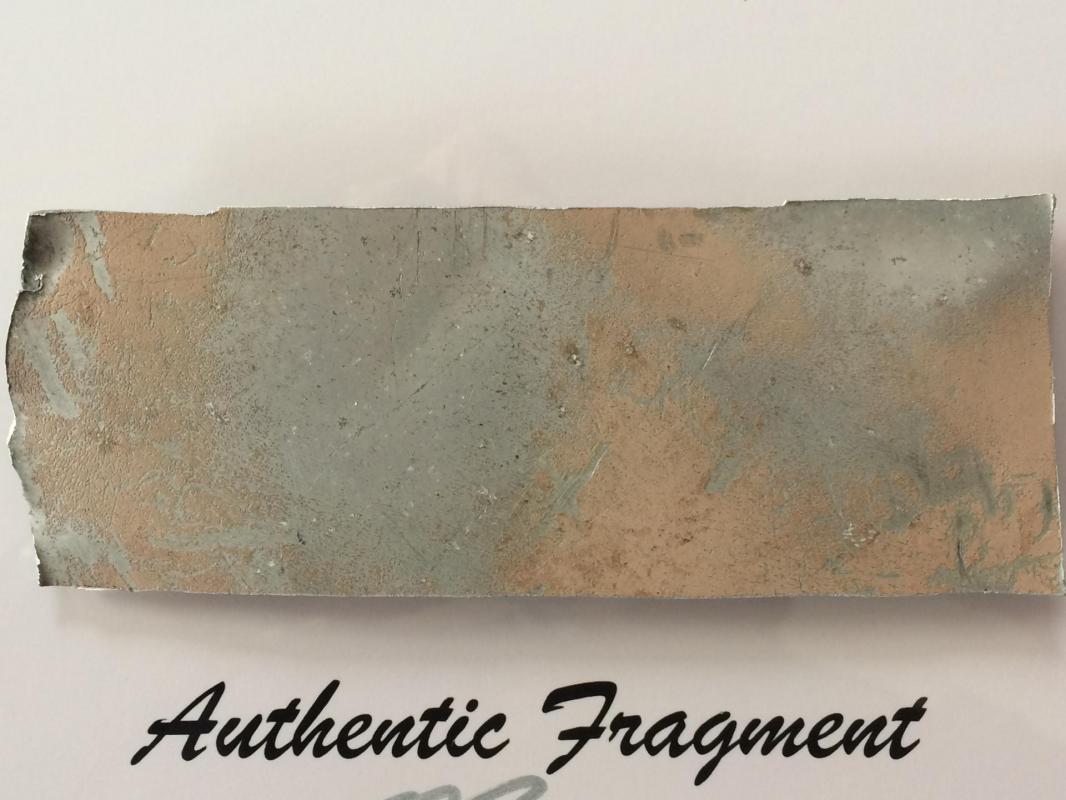