One of the most daring Allied missions of World War Two took place on the night of 16th/17th May 1943, when specially equiped RAF Avro Lancaster bombers (Dambuster) bombed several strategic dams within Germany. Operation "Chastise" was not without cost to the British. This piece of aluminium is from Lancaster AJ-E flown by Lt. Norman Barlow and his crew, which was lost to ground fire that night at 23:50 hours. 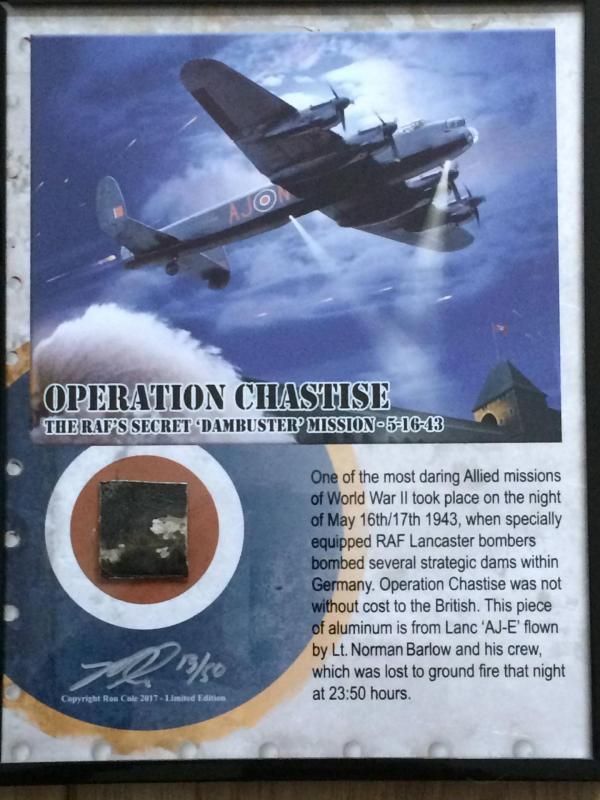 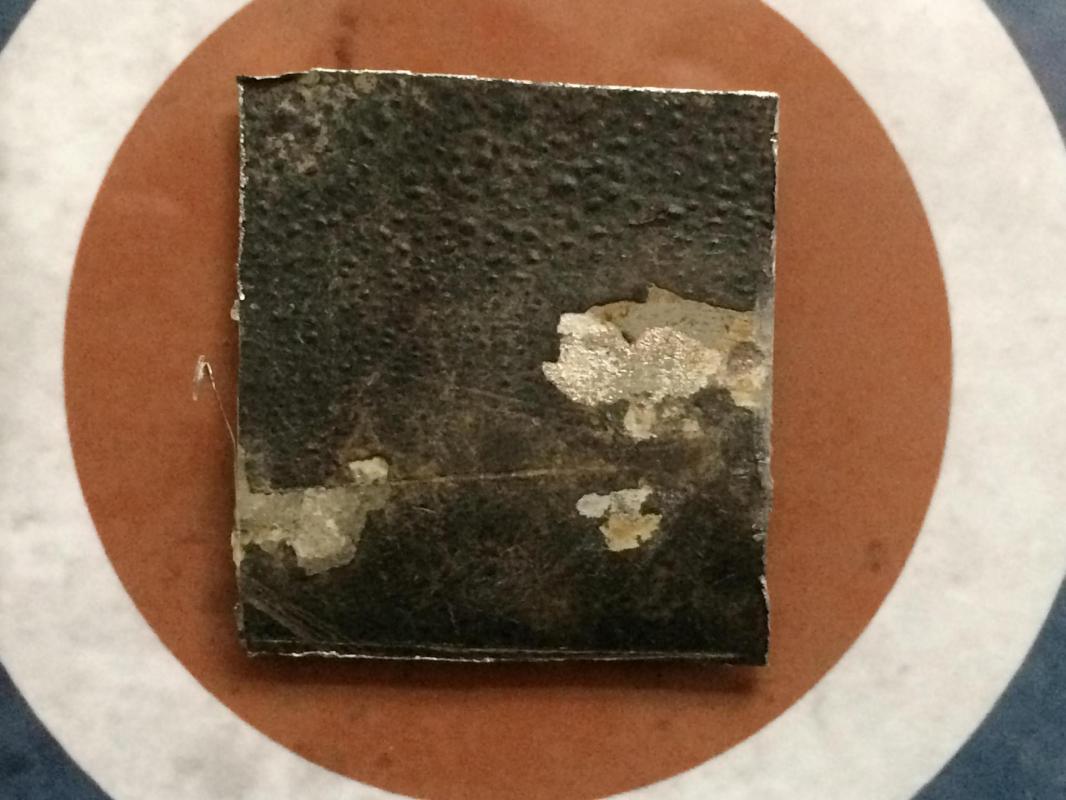