This authentic fragment of Admiral Isoroku Yamamoto's Mitsubishi G4M1 "Betty" transport was recovered from the jungles of Bougainville in 1968. Twenty five years prior, the aircraft had been shot down by USAAF Lockheed P-38 Lightnings during Operation Vengeance; the American mission to avenge the Japanese attack upon Pearl Harbor. Rex Barber is depicted in this painting as he destroyed Yamamoto's aircraft. Shortly after this moment, the "Betty" plunged into the jungle canopy, marking the success of one of the most secret operation of world War II. 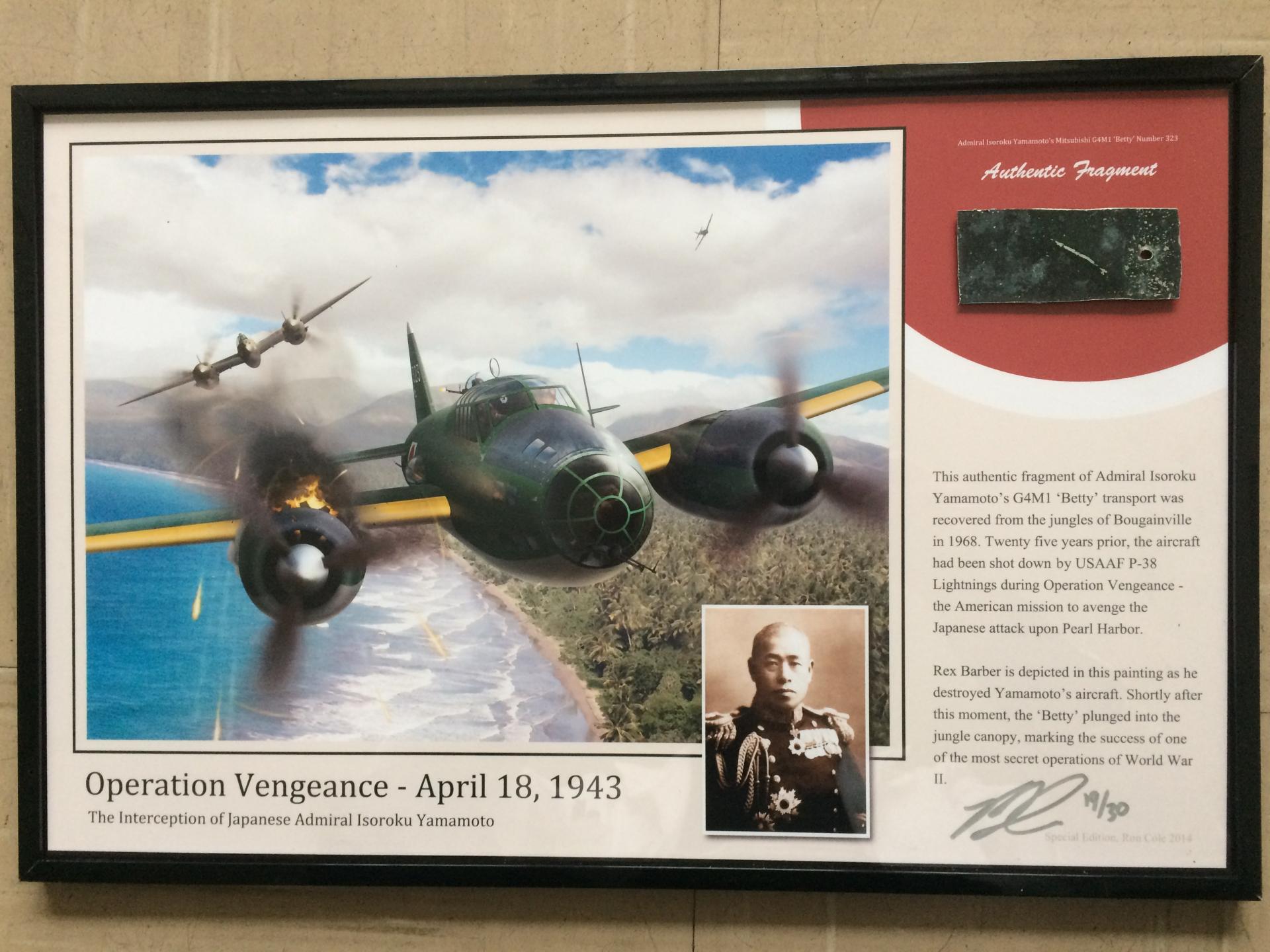 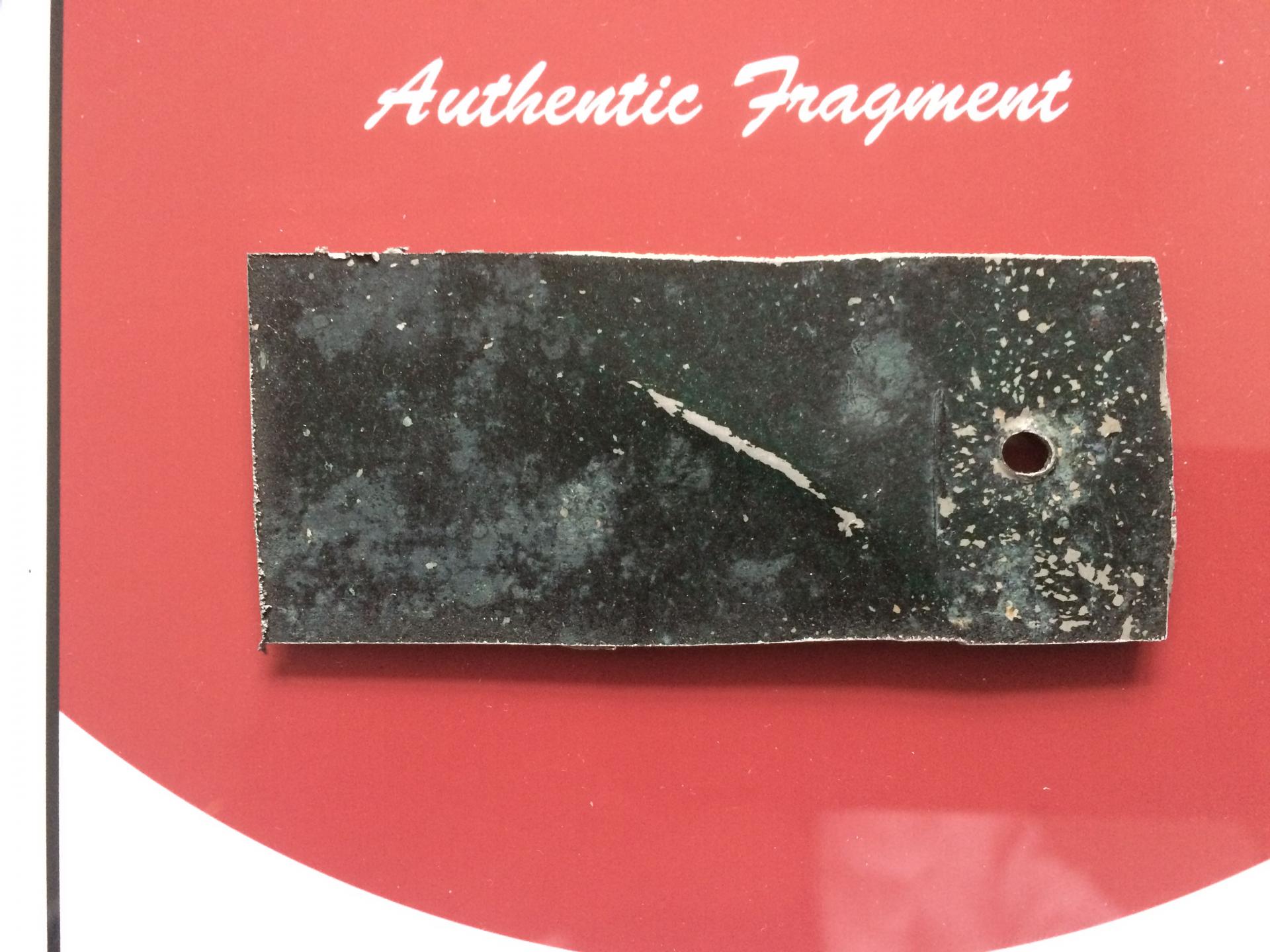