This Curtiss P-40B Tomahawk's complete history is unknown. Initially sent to the Royal Air Force under the terms of Lend-Lease in 1940, the British then shipped it to the Soviet Union in 1941. There it served with the VVS (Russian Air Force) until lost in combat in the area of Stalingradin 1943. It's remains, unearthed in 2014, revealed an interesting mixture of British, Russian and American equipment. 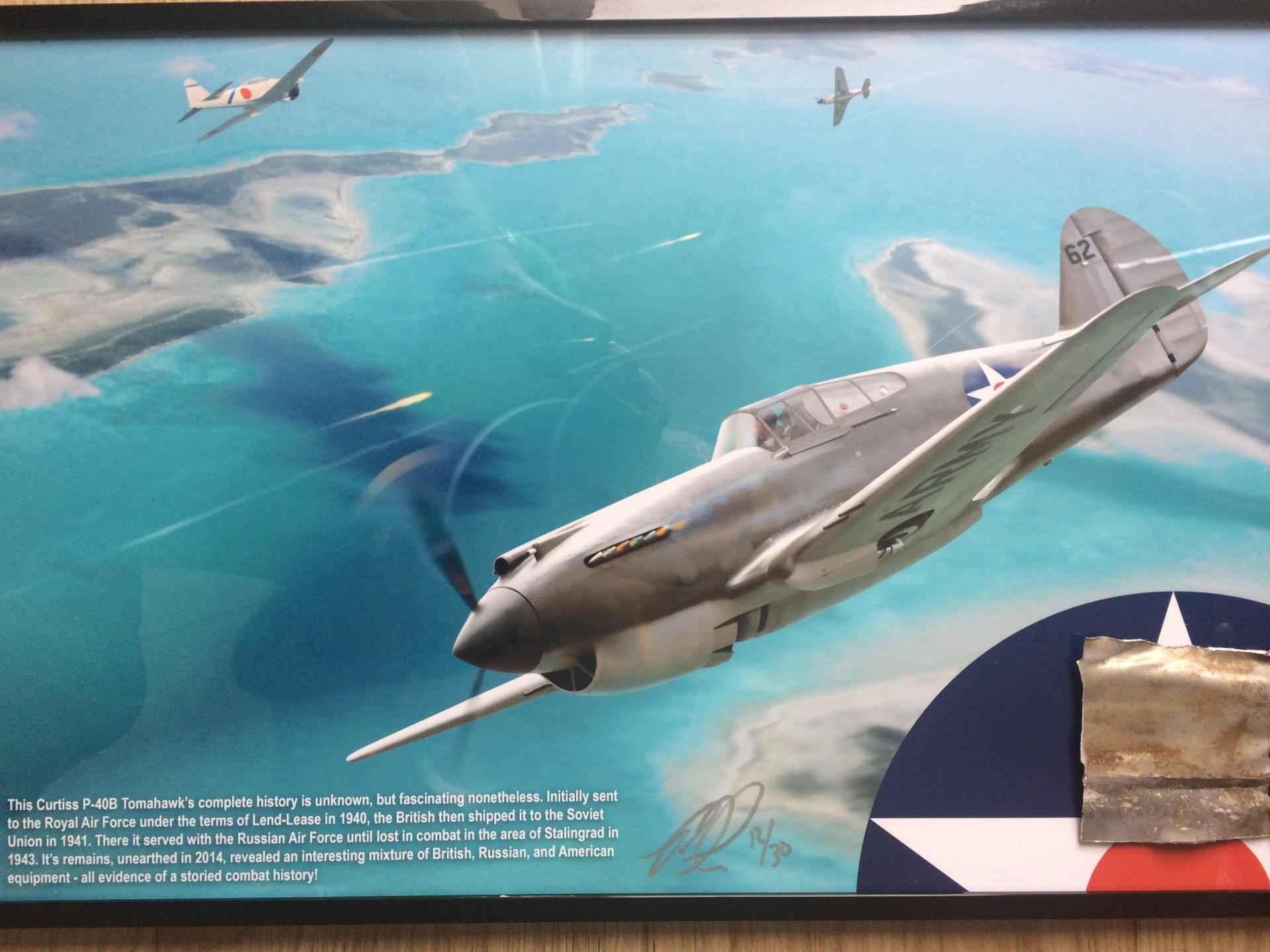 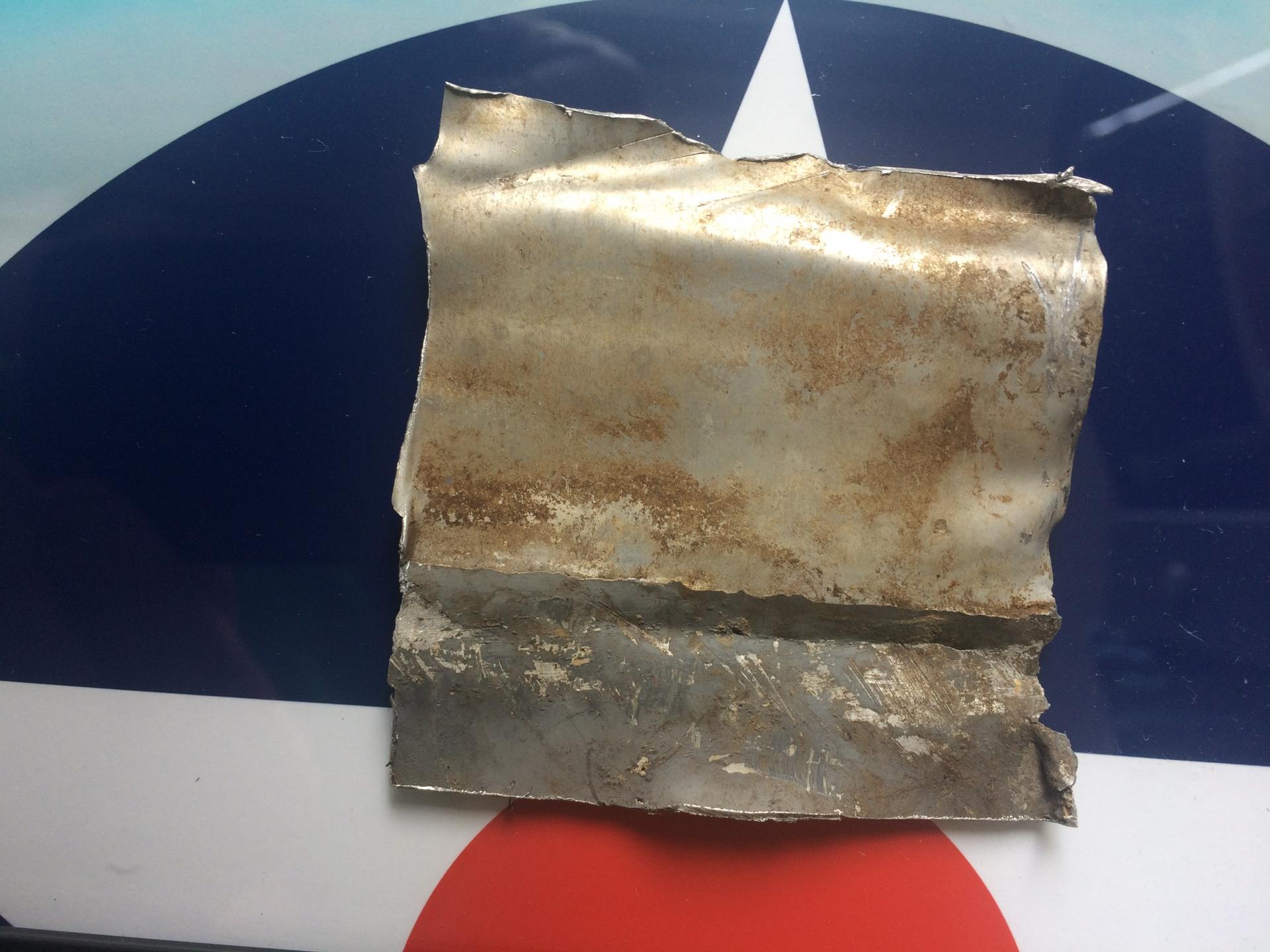