The F6F was best known for its role as a rugged, well designed carrier fighter which was able, after its combat debut in early 1943, to counter the Mitsubishi A6M and help secure air superiority over the superiority over the Pacific Theater. Such was the quality of the basic, simple, straightforward design, the Hellcat was the least modified fighter of the war, with a total of 12200 being built in just over two years. Hellcats were creditedwith destroying 5223 aircraft while in service. This fragment from an F6F-3 is part of the pilot's canopy emergency escape panel located on port side of the aircraft. 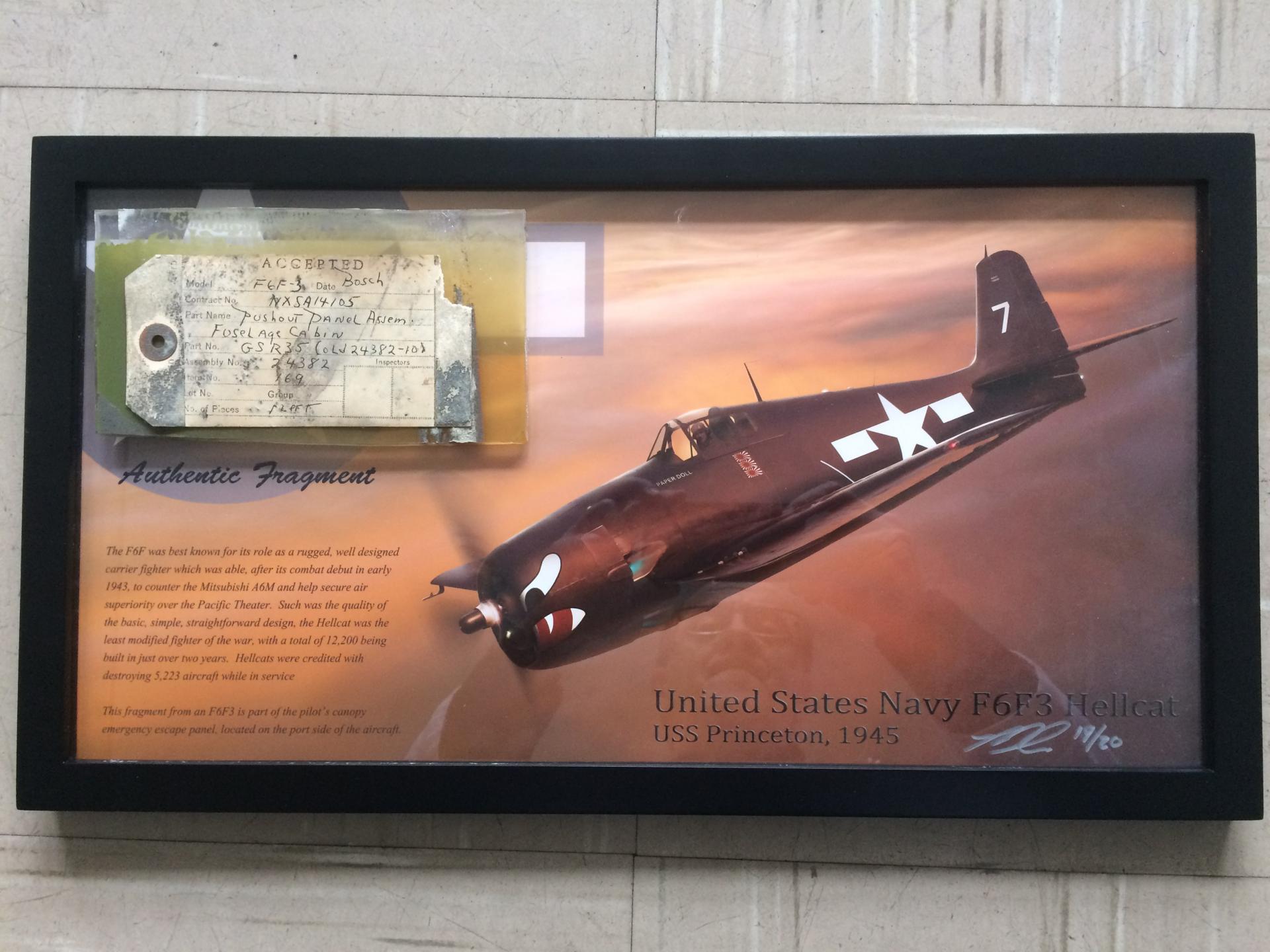