The North Amercan XP-82 Twin Mustang was the last American piston-engine fighter ordered into production by the United States Air Force. Based on the P-51 Mustang, the P-82 was originally designed as an ultra-long range escort fighter to accompany B-29 and B-36 bombers in missions over Japan. The prototype XP-82 first flew in June 1945, but while performance met or exceeded expectations, the Twin Mustang went into production too late to see action in the war. This fragment pf the XP-82 prototype, serial 44-83887, was recovered from portions of the aircraft now undergoing restoration in Florida. This piece was part of the upper engine cowling (anti-glare panel area) of the starboard fuselage. 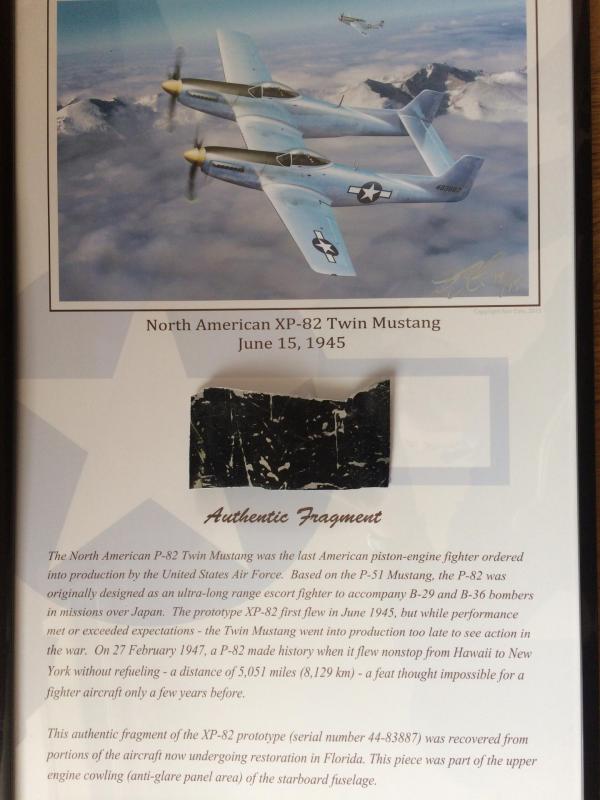 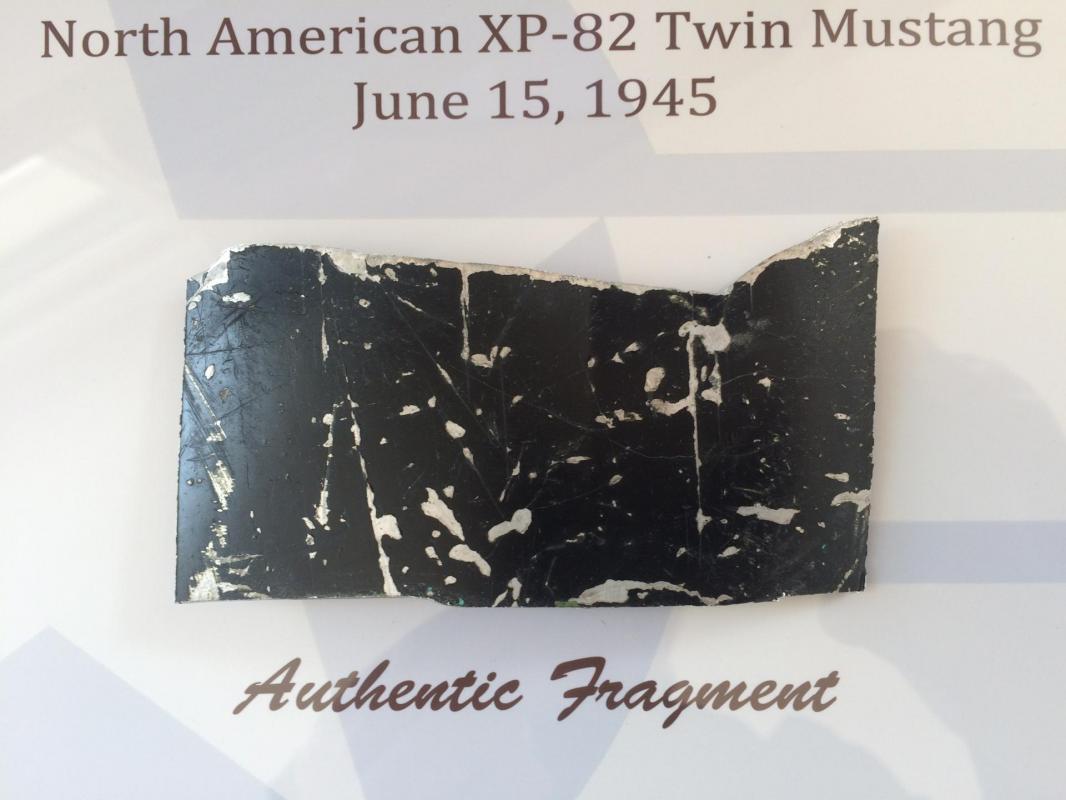